In this video from QuakerSpeak: quakerspeak.com/video/white-privilege, North American Quakers give us a timely reminder of our heritage of white privilege as we respond to the Black Lives Matter movement.  They remind us that our Quaker ancestors accepted slavery, profited from slavery and the slave trade, and some even owned slaves.  This is particularly relevant to Bristol Quakers as Julia Bush graphically describes in her article in The Friend on 21 August.  As a Society we continue to benefit from white privilege in many ways.  The video stresses the implications of this heritage for what is demanded of us now. 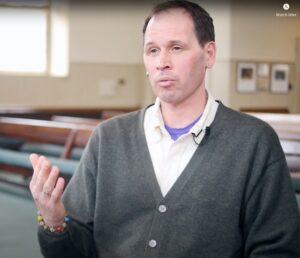 As Julia points out, the 1747 Meeting House in Quakers Friars was built with wealth accumulated in part from the slave trade.  Its sale in the 1950s contributed to the building of two meeting houses and a decade later to the refurbishment of a third  (Redland).  It seems likely that all the Meeting Houses in Bristol, with the possible exception of Portishead, owe their existence to funds derived directly or indirectly from slavery and the slave trade.  What must we do in the light of that knowledge, Friends?
Roger Sturge
*****
QuakerSpeak is a weekly series of videos produced by Friends Journal, the monthly magazine of Friends General Conference which represents the liberal branch of North American Quakers.  Each week Friends from a variety of traditions talk about a particular aspect of Quaker experience and  practice.  To receive these videos sign up on quakerspeak.com.
There is no charge, though donations are invited.